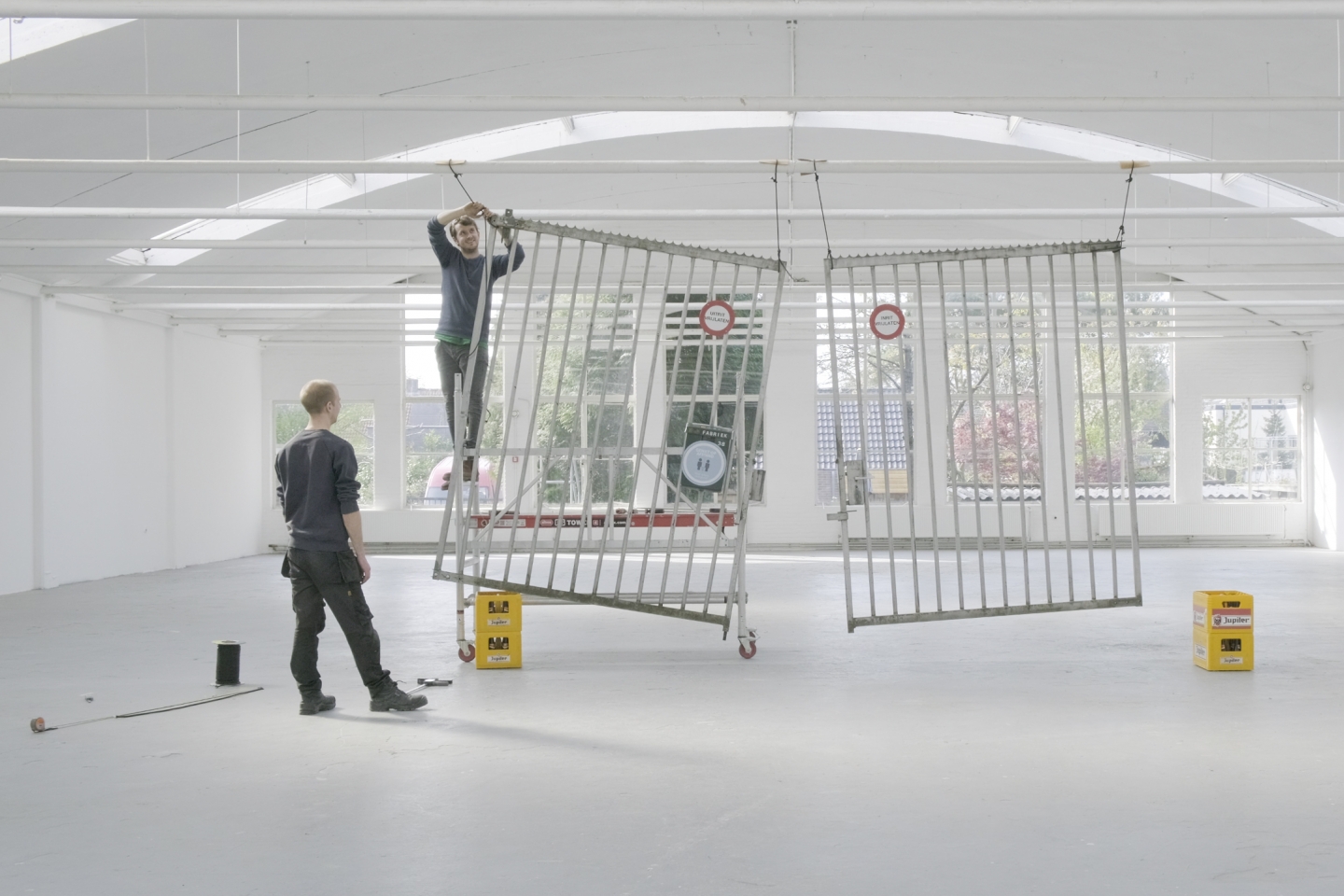 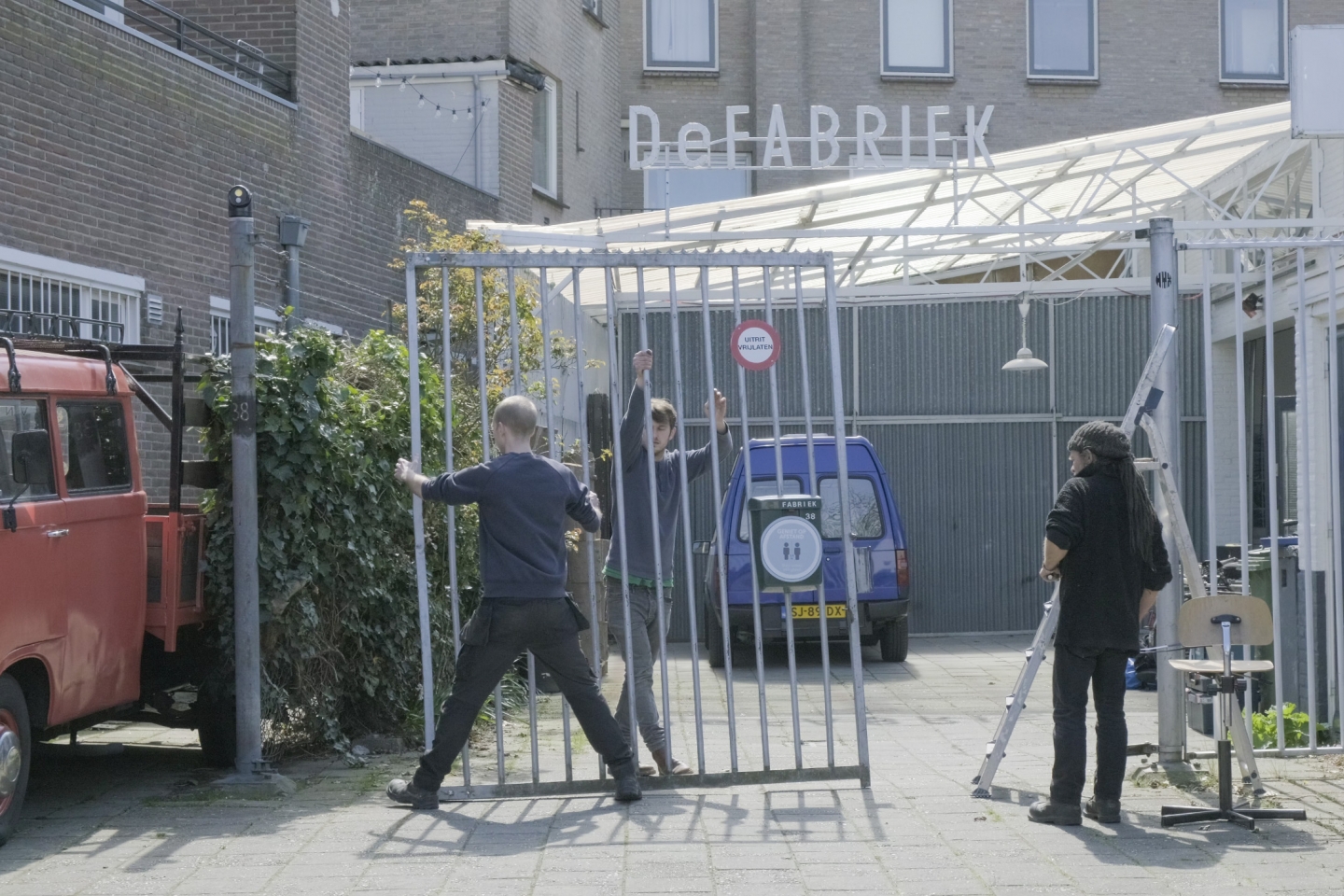 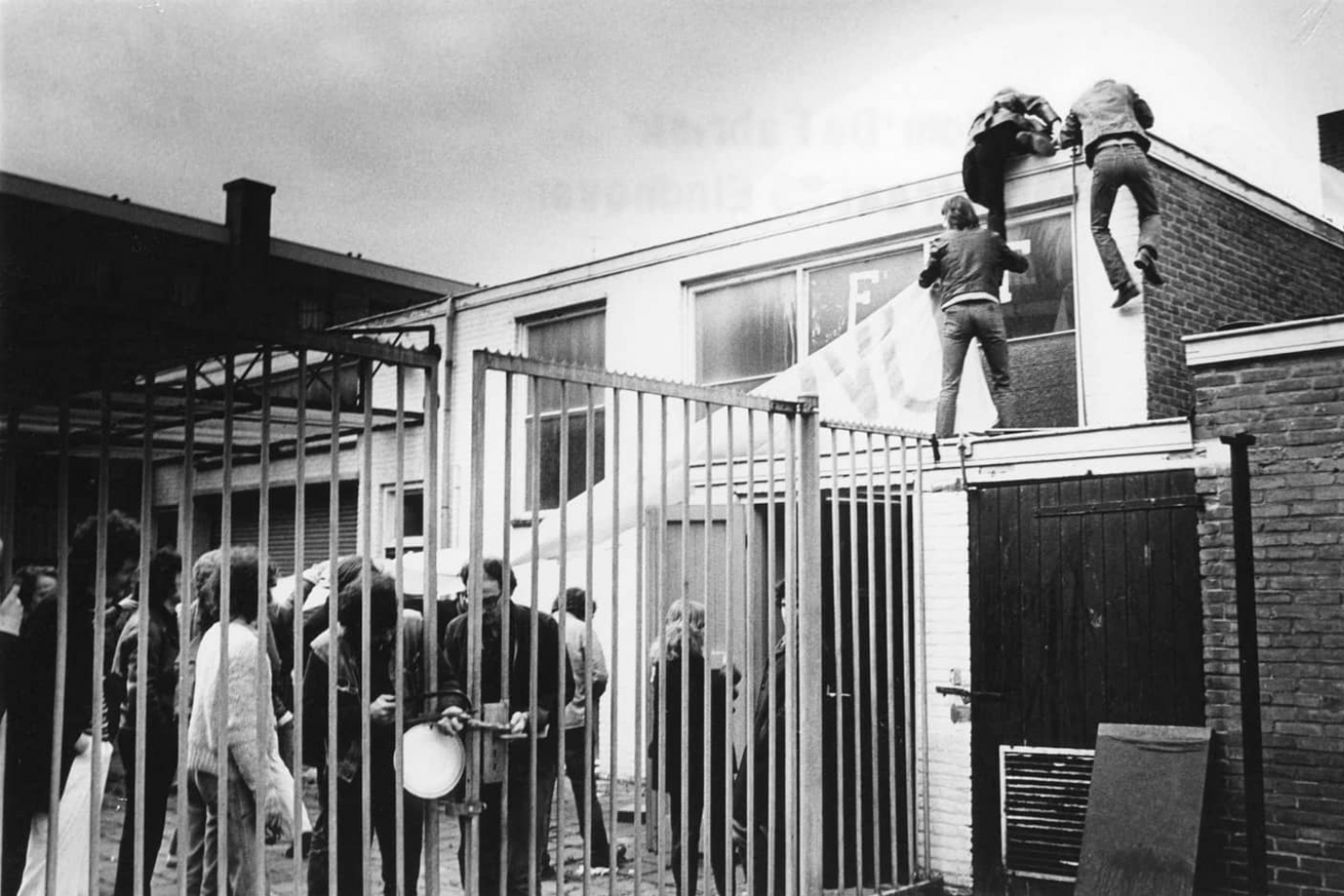 Unfortunately, a public event can not take place during the process. Alternatively, the process is documented and process video and images are presented digitally. Rogier Walrecht is writes an essay about the fence and the working period.

The gate has been the entrance to De Fabriek for 41 years, and before that to the bookbinding factory. The steel points scare off unwanted guests, the bars rhythmically show what is going on through that fence. The gate has been opened and closed countless times, like a modest performance, and has seen many scenes. 41 years ago, the artists and enthusiasts climbed over the fence to give the building a new future. The gate is a silent witness to history, but one with grandeur.

Bert Villa is a Ghent-based phenomenological artist-architect. Since 2017 he has worked a.o. with Constructlab, 019 and Coussée and Goris Architects. He currently teaches mixed media and public space design at KU Leuven Ghent and LUCA School Of Arts. Villa’s work engages with the codes of (human-made) environments and our perception of those environments. Often departing from a specific location and the narratives it embodies, Villa engages with the highly recognizable phenomena that populate our surroundings. By isolating or re-contextualizing them, he questions the way our environment is culturally, historically and socially constructed and how we watch and remember it. Villa builds contextual installations: assembled structures triggered by common (architectural) elements that abstract or re-frame elements of real environments in order to generate an alternative reality.

March 31, 2020 De Fabriek celebrated its 40th anniversary, however less exuberant due to Covid-19. Despite this, we would like to draw attention to the history of De Fabriek. In this context, we asked Bert Villa to organize an intervention in De Fabriek.

Follow our social media and website for process images. At the end of the period, we present video and photographic documentation, bundled with the essay by Rogier Walrecht.